Whatever has happened, and is happening, in State Bank of India is unprecedented in the annals of trade union movement in India and even elsewhere in the matters of industrial relations. Several episodes on this count have already been covered by me through numerous posts in this very blog. This topic has since been percolated to the level of even the ex stalwarts of the trade union movement as they are obviously the ones who are supposed to feel deeply concerned in the matter. Given below is the text of a letter addressed by L.V. Subramanium, popularly known as ‘LV’ to one of his associates, a copy of which is forwarded to me by Ganpathy Harihar Ayer. Ganpathy is advised through this post to please send a copy of it to LV. The letter is reproduced verbatim:

Dear Sir, I forward herewith the following mail for your information. With regards. – H. Ganapathy.

Pl. see the reaction of an old veteran of the Officers’ Federation
J.R.
— On Sun, 17/3/13, subramaniam elvee wrote:

sir,
the email I shot off is full of errors and grammatical mistakes i
went on typing without reading it again and sent it to you My mood
was gone after seeing the notification of the DMD
I got up at 3 am and have been on the computer I could not sleep
is it possible to quote the agreement i had signed with the
government of india on no victimisation for participation
in protests I do not have those records with me now this was
when morarjibhai was PM and HM Pael was FM After the minutes were
finalised Dr subramanyam swamy entered
the chamber of FM and got his name included on behalf of National
Organisation of Bank Officers ( they had membership from among hard
core RSS )
The secret agreement i had signed with the Bank in June 1969 had a
statement that there will be no victimisation In major shut
down of the bank for 17 long days no one was punished How can
officers be punished now for demonstrations in front of the bank
Pratip chaudhuri filed a case demanding damages of Rs100 crores from
the federation for damaging the image of the bank waht madness is
this
When i see the organisation and its leaders in the sad and
humiliating state You were in the bank and must have witnessed
number of demonstrations and
one day strikes once in four years I know between 1968 to 1985 (
when i left the movement after the split engineered by godbole) I
would have called
hundreds of demonstrations and strikes walk outs protests inside the
bank Ofcourse we had the officers solidly behind us I find
that even workmen staff federation
have lost their capacity to fight. Trade Union rights are human
rights When I visit office of the federation here I find there is
no office bearer all chairs are empty
Iwas told that it is the same with all circle associations What a fall!!!!!
I do not think federation and its affiliates will get relief from
courts The only way hey can raise themselves is through a major
shut down which must last for a month
Even if ESMA is invoked against the partricipants and leaders they
should take it and wait until after the elections when the political
system will take care of those
who are victimised This happened in Rail Strike Even the congress
controlled INTUC is with the labour movement now Dr Reddy is the
chairman o coorodinating committee of national labour centres which
called the general strike The bank management has not taken any
action against any one for the two days strike Only scale IV and
scale V officers were intimidated by letters and compelled to attend
the bank What was the use No work took place in the bank for two
days Pratip chaudhuri felt truimphant
One officer who was vic timised told me that officers are so wel
looked after with good salaries good perks etc that they no
longer need an organisation. except for protecfing
them when their basic rights and dignity is challenged Conditions of
work have worsened for branche managers and officers considerably
There is no leave reserve Officers
work for several hours work on holidays and sundays Pressure to
expand business from higher bosses has become order of the day I
suppose some day the discontent
that builds up will blow up At 79 plus what a person like me can
do except vent the anger in emails and phones There are only
three surviving retired general secretaries
myself , shanta raju and Nadaf I find shanta raju is cool
Nadaf is not seen anywhere I was told that some of the recently
retired leaders were given huge purse
ranging from Rs50 lacs to a crore by the organisations. The
victimised will be going without even their pensions So many
officers who retired as general managers and cgms
are receiving pensions less than clerks who recently retired I was
told that our pension case has been sent back to Dehi high court
Please let me know if you have any legal solution in mind On the
organisational front i am trying to put some life into it to revive
its spirits through some long term strategies and
short term tactics Federation in my view should give up its
isolation( political isolation) and join with some poitical front
trade unions I have suggested that they should
get themselves affiliated to INTUC which may be able to rescue the
organisation and also discipline the top management If they
affiliate with the international organisation
i can give them a series of strategies and tactics SBI has wide
net work of foreign branches now than earlier times. There is a
provision to complain to ILO for violation of
trade union rights in the Right Of Association Committee of Governing
Body The conditions for this are: the organsation should be
affiliated to an oneof the national centre
otherwise international organisations who have observer and
consultative status can file complaints ILO can send an enquiry
team which can attract media attention
ILO has not spared even Britain for violation of union rights I
know how to go about it Ihave done it once and was advised against
by former cabinet secretary DEshmukh who was
Labour secretary then when i met in him Geneva when he was there
for governing body meeting of ILO He told me then that when the
complaint comes to be taken against of the
Government of India he would be asked to go out of the meeting
which could angry Mrs Gandhi I restrained myself but showed my
anger by calling a strike
against ESMA when it was introduced in the Parliament
Most civilised countries have accepted trade unions as social partners
In India which is founder of ILO labour gets least respect
regards
LV”

This is for the information of the readers in general as a feed back to them.

9 thoughts on “Stalwarts do feel concerned on officers plight in SBI:” 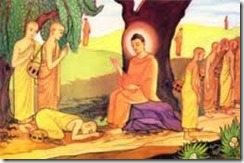